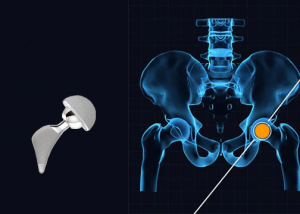 A Texas federal judge granted more than $245 million in final hip implant judgements Wednesday for a group of New York plaintiffs who triumphed over Johnson & Johnson and its DePuy Orthopaedics unit when a jury found the companies knowingly sold dangerous and defective hip implants.

The plaintiffs’ attorney indicated that he was pleased with the hip implant judgements. He also said he is gearing up for another fight against the healthcare heavy-hitters as J&J has indicated it will appeal the decision.

“We are pleased and eager to seek upholding this on appeal,” he said in an email Wednesday.

In November, a Texas federal jury slapped J&J and DePuy with a combined $247 million verdict in hip implant judgements, following the bellwether trial over DePuy’s Pinnacle metal-on-metal hip replacement systems. This is the third consecutive nine-figure verdict in the multidistrict litigation (MDL) over substantial harm from the defective line of hip implants.

The unanimous jury found J&J and DePuy liable for fraud and deceptive business practices, as well as a series of design and manufacturing defects. It further found that the companies had acted with wanton, reckless, or malicious disregard for patient health. Consequently, the jury awarded $90 million and $78 million in punitive damages against J&J and DePuy, respectively, to punish the companies for their egregious conduct.

The jury awarded more than $77 million in past and future medical expenses, as well as pain and suffering, to the six plaintiffs. This included the parties’ stipulation as to their actual past medical expenses. The jury also awarded loss of consortium damages totaling $1.7 million to four of the patients’ spouses.

In August, the plaintiffs actually sought a $1.2 million reduction in the jury’s $247 million verdict to compensate for private medical insurance that offset the damage awards. For some plaintiffs, this offset eliminated past medical expenses entirely. However, some still requested damages for their paid premiums. The future medical expenses were reduced for the years the plaintiffs would retain private health insurance before Medicare eligibility.

During the trial, the jury heard that J&J used unsafe and cheap materials to shore up its bottom line and rushed the hip implants to market without testing them on humans to ensure their safety. Consequently, the plaintiffs suffered severe tissue damage, resulting in permanent muscle loss and intense pain, as well as irreparable loss of mobility and hip movement.

This was the fourth bellwether in the MDL which currently has nearly 10,000 cases pending over the implants’ destructive design defects. In 2016, Texas juries found in favor of two groups of plaintiffs. The juries awarded the Texas and California groups $502 million and more than $1 billion, respectively. However, these verdicts were later reduced $150 million and $543 million. In the first Pinnacle Ultamet trial, the jury sided with J&J against a sole plaintiff from Montana.