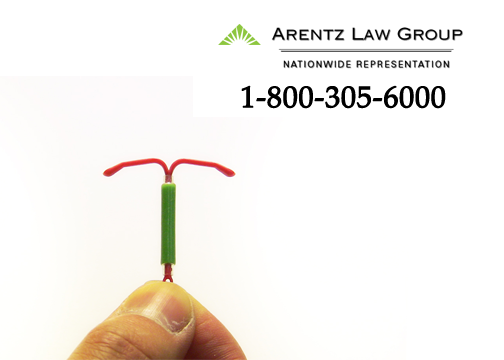 Mirena IUD has been known to cause debilitating injuries to those using it. If you have suffered injury from the use of Mirena IUD, you may be entitled to compensation. Contact a defective products lawyer from the Arentz Law Group immediately by filling out the contact form, or by calling 1-800-305-6000. An attorney is ready to do a free initial consultation with you to determine if you have a case.

In the United States, the pill form of birth control is still much more popular than the use of an intrauterine device (IUD). However, in recent years, the IUD has been becoming much more popular in part from aggressive marketing campaigns, and also due to the fact that it can be implanted and provides protection against unwanted pregnancy for up to 5 years. There is no worrying about taking a daily pill (which if missed would negate the effects of the contraceptive). This is appealing enough to millions of women who will often ignore the potential for very serious side effects, in hopes of making their lives easier.

History of the IUD

1965 saw one of the oldest IUD’s come to the market. For nearly 20 years the Saf-T-Coil was on the shelves as a form of birth control. Like all other intrauterine devices it had its problems. There were a number of lawsuits claiming that the coil caused bodily harm to those using it.

In 1971, the Dalkon Shield was invented as an IUD that would function essentially the same as the modern Mirena IUD. Unfortunately, the testing was only done to see how well it would prevent pregnancy, and the effects that it could physically have on a woman’s body were never fully understood until it was too late. After hundreds of thousands of women were injured with the IUD, it was pulled from the market. The manufacturer eventually went bankrupt from the lawsuits.

In 1974 a device called the Cu-7 was designed to be an IUD that used natural elements rather than chemical hormones to provide birth control. Copper is naturally toxic to sperm, and when the cervical mucus flowed past the device it would kill off the sperm it contacted. The device was not as effective as the hormonal versions, and also caused physical harm to the user. It was pulled from the market after 12 years.

The year 2000 was the year that Mirena IUD was approved for use. The claims were that the revolutionized shape and design made the device safe for all women to use. These claims are unsubstantiated, and even the Mirena website gives a list of conditions that, if the patient has them, makes them an unsuitable candidate for the device. The device has also been known to perforate the wall of the uterus, migrate outside of the uterus, and also be expelled. These severe physical side effects are on top of the side effects that can be caused by the chemical hormones.

You can see several more IUD’s on the Wired Magazine website.

The Mirena IUD is supposed to be a safe alternative to previous IUD’s, and also a safer and more effective form of birth control than the pill. However, there are some serious side effects that can cause debilitating injury to the user. If you have suffered severe side effects while using Mirena IUD, you may be entitled to compensation. Contact one of the highly trained defective product attorneys at Arentz Law Group P.C. for your free initial consultation immediately by filling out the contact form on this page, or by calling 1-800-305-6000. The attorneys at Arentz Law have the ability to handle your case regardless of which state you live in.