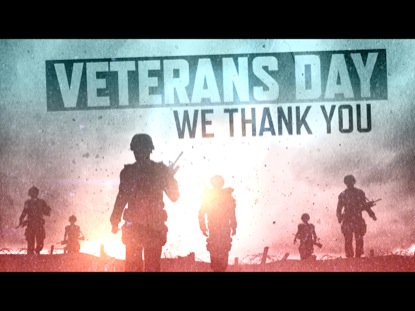 US President Woodrow Wilson named November 11th as a day of national commemoration of Armistice Day, which marked the formal end of hostilities in World War I. However, following the mobilization of millions of American servicemembers throughout the 20th Century, the word Armistice was changed to Veterans on June 1, 1954. Currently, there over 21 million current and former members

Currently, there over 21 million current and former members of the United States, Army, Navy, Air Force, Marines Corps, and Coast Guard, comprising approximately 6.5% of the US population. While the sacrifices of service members are well remembered for their on-going mission to bring peace and security around the world, in times of peace members of the military including the Reserves and National Guard have been responsible for the management and distribution of humanitarian aid. For instance, nearly 70,000 service men and women were activated to assist in humanitarian efforts following the landfall of Hurricane Katrina, the largest relief effort in US history.

Arentz Law Group would like to thank all current and former US servicemembers for their continued sacrifices both at home and abroad, and wish you all a safe and happy Veteran’s Day.