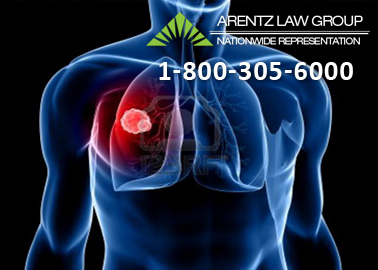 At Arentz Law Group, P.C., our mesothelioma attorneys know that people have a lot of questions about this deadly disease and the asbestos that causes it. Here are some answers to the mesothelioma and asbestos questions we hear most frequently. If you have more questions, or if you have been exposed to asbestos or diagnosed with mesothelioma, contact us today to schedule a free legal consultation.

No. While mesothelioma is caused by exposure to asbestos, it is a very rare disease. Only about 3,000 Americans are diagnosed with mesothelioma every year, though most of us come into contact with asbestos at some point in our lives.

Is it still possible for me to be exposed to asbestos?

While asbestos has been banned for most uses in the United States for decades, there are still a number of ways people can come into contact with the toxic mineral. Many Navy ships have a high content of asbestos, as do older buildings such as schools and houses. Asbestos was once commonly used in insulation, flooring, roofing, and a number of other components of buildings.

What if there is asbestos in my house?

If you suspect that there is asbestos in your home, do not touch it. Contact an expert to inspect the area. If asbestos is found, do not try to remove it yourself: there are specially trained asbestos remediation experts who will get rid of the toxic mineral in a safe manner.

Who is eligible to file a mesothelioma lawsuit?

Who may I file a mesothelioma lawsuit against?

If you have been diagnosed with mesothelioma, even if you aren’t aware of how or when you were exposed to asbestos, you have the right to file suit to hold the parties responsible for your exposure accountable. Our experienced mesothelioma lawyers have the knowledge and resources our clients can count on to find out who is to blame for their asbestos exposure. Common defendants in mesothelioma and asbestos exposure lawsuits include:

Employers of individuals who were occupationally exposed to asbestos
Is there a statute of limitations for mesothelioma lawsuits?

Except in extremely rare cases, it is not possible to file a mesothelioma lawsuit against a branch of the military because the federal government has sovereign immunity. However, it is often possible for individuals who were exposed to asbestos while serving our country to recover compensation from the companies that manufactured the asbestos products responsible for a service member’s mesothelioma diagnosis.

How is a Mesothelioma Prognosis Reached?

Health of the Patient

A patient’s overall health is a key factor doctors weigh when establishing that patient’s mesothelioma prognosis. Obviously, a patient is in good general health will be able to fight cancer most effectively. However, since the vast majority of mesothelioma patients are already of an advanced age when they are diagnosed, many patients have pre-existing conditions such as heart disease, high blood pressure, or diabetes which could adversely affect their life expectancies.

Depending on the tissues involved, doctors classify mesothelioma into three types: epithelial, sarcomatoid, and mixed. About one-half of all mesothelioma cases are epithelial mesothelioma, and these patients tend to have a better survival rate than patients with the other two types.

To establish a mesothelioma prognosis, doctors must take into account the stage to which a patient’s cancer has progressed. Treatment is most effective at the earliest stages of mesothelioma. Unfortunately, mesothelioma has a very long latency period, which means that it often does not present with symptoms that lead to a positive diagnosis until it has reached Stage 3 or 4 and this makes treatment much less effective.

Recent data from the U.S. Department of Veteran Affairs shows that more than 25 veterans of the U.S. Armed Forces are currently living in the United States. Unfortunately, the bravery and dedicated service of these individuals put them at the highest risk for asbestos exposure of all occupations in the United States, which has caused the veterans of our country to be the group of Americans most likely to develop the rare and fatal cancer known as mesothelioma.

Asbestos was widely used by every branch of the U.S. military because it is cheap, very durable, and exceptionally resistant to high temperatures, and it was not until the 1970s that the use of asbestos for military applications began to be phased out. Currently, the sector of the American population most at risk for developing mesothelioma and other asbestos diseases are veterans who served between 1940 and 1970. Mesothelioma has a very long latency period, and most mesothelioma patients don’t begin to present with symptoms until up to 50 years after being exposed to asbestos. Thus, as more veterans who served prior to the 1970s age, the number of veterans with mesothelioma is expected to increase in the coming years.

Read more about mesothelioma with these helpful links: