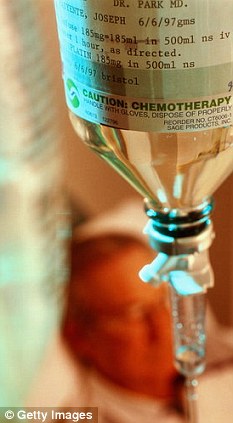 CBS News reports that an activist group of female cancer survivors, calling themselves the “Taxotears” claim they have been rendered permanently bald by the chemotherapy drug Taxotere. The cancer drug, which is produced by pharmaceutical company Sanofi-Aventis to treat breast cancer, did not previously list permanent alopecia or hair loss among the known side effects for the drug. The official prescribing information for the pharmaceutical states:

“Loss of hair occurs in most patients taking Taxotere (including the hair on your head, underarm hair, pubic hair, eyebrows, and eyelashes). Hair loss will begin after the first few treatments and varies from patient to patient. Once you have completed all your treatments, hair generally grows back.”

Many of those suffering permanent hair loss have reported their condition to pharmaceutical regulatory agencies and have worked to raise awareness of this under-represented side effect.  There have even been reports of some former Taxotere patients goading Sanofi-Aventis on its social media pages. Concerned with the lack of information provided to female patients regarding possible outcomes of treatment with Taxotere; affected women have formed a website; aheadofourtime.org, to “share emotional support, compare medical research and educate health care providers.” Last year, the FDA finally responded to patient concerns by issuing a label change listing permanent alopecia. The new label became effective on November 24, 2015.

It has been estimated that up to 75% of breast cancer patients who have undergone chemotherapy have been prescribed Taxotere. Furthermore, research published by the National Cancer Research Institute found that 10-15% patients prescribed the medication suffered permanent hair loss. If you are one such patient, you are not alone.

Arentz Law Group is interested in pursuing lawsuits on behalf of patients who have suffered permanent hair loss after undergoing chemotherapy with Taxotere. If you or a loved one has suffered permanent hair loss after chemotherapy, you may not have been adequately warned of this side effect and you may be eligible for compensation. Please fill out the contact form on this page, call Arentz Law Group at 1-800-305-6000, or text us at 800-440-4400 to begin a free review of your Taxotere hair loss claim no matter where you live.

Click Here to Find out if You May Have a Claim

A group of twenty-seven lawmakers have written a letter to the US Centers for Medicare and Medicaid Services (CMS) requesting that the agency establish a regulation to guarantee that all nursing home arbitration agreements are entered into on a voluntary and informed basis. Effectively ending forced arbitration in nursing home contracts which would limit the ability of residents and their families to file lawsuits over nursing home neglect and abuse.

Proposed new regulations by the CMS would force revision of arbitration clauses in nursing homes which receive federal funding. However, consumer watchdog groups and others feel that the proposals do not act aggressively enough to limit forced arbitration.

Forced arbitration clauses included in some nursing home contracts act to keep families and residents from filing lawsuits against the facility. Therefore, any claims of neglect, abuse, or other issues which could otherwise become the subject of a lawsuit, are settled by a third-party arbitrator who may be referred by the nursing home industry itself. To add to such concerns, participation in such an arbitration set-up is a requirement of admission to the facility. Furthermore, residents and families are not always adequately advised of the nature of the agreement when they are signing it.

The current proposal was reopened for public comment on September 15, 2015 for a month, and does not require Medicare and Medicaid participants to halt the use of forced arbitration clauses, though it does nod to the trouble they cause for residents and their families.

As awareness grows concerning a possible link between exposure to the weed killer Roundup and cancer, California is poising itself to be the first state in the country to require labeling advising of the public of its carcinogenic nature.

The Office of Environmental Health Hazard Assessment (OEHHA), a division of the California Environmental Protection Agency (CAL-EPA) has published a “notice of intent”, advising companies and consumers that it has determined the herbicide glyphosphate to be a cancer-causing agent. The OEHHA came to its decision after reviewing findings made by the Word Health Organization’s International Agency for Research on Cancer (IARC) in March about the hazards presented Roundup.

Roundup remains one of the most widely used chemical herbicides since its introduction in the 1970s by Monsanto. According to the OEHHA, the data collected by the IARC satisfies California’s criteria for state-wide labeling requirements for carcinogens. The actions taken by however will not limit the sale or distribution of Roundup, only that Monsanto would required to amend the current label to include “clear and reasonable” health warnings to Roundup products.

Monsanto maintains that the findings of the IARC are the outcome of “agenda-driven junk science” , and that it is initiating its own inquiries into the safety of Roundup.

The US Environmental Protection Agency  announced in April that it would consider the safety concerns of Roundup in an upcoming hearing.