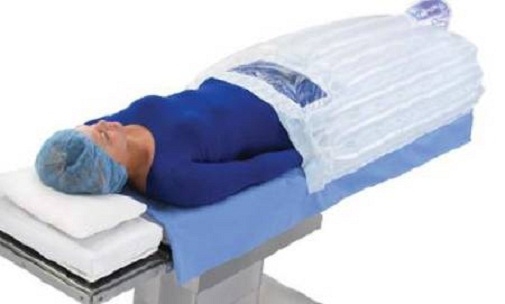 The Bair Hugger lawyers at Arentz Law Group, P.C. are currently investigating claims in all fifty states where patients suffered serious infections after being drapped with this potentially defective product.  Problematic design allows warm air flow currents to hit the floor, then blow bacteria into open surgical wounds. This  has caused many Americans to suffer joint infections, and possibly multiple surgeries, particularly after a hip or knee replacement surgery, and these individuals may be eligible to collect substantial compensation in a medical device lawsuit.  If you have suffered from a post-surgical infection after using 3M’s Bair Hugger, you could also be entitled to compensation.  Contact a Bair Hugger lawyer to learn more about your rights.

No recall has been initiated for 3M Bair Hugger hot air warming blankets. However, the device’s designer, Dr. Scott D. Augustine urged surgical centers and hospitals to immediately halt use of his invention because of concerns for patient safety in a report made by the New York Times. Furthermore, in recent years studies such as those published in the medical journal Anesthesia & Analgesia demonstrate the infection dangers created by 3M’s Bair Hugger and similar hot forced air patient warming systems.

The 3M Bair Hugger was designed to assist patients in the operating room by keeping their body temperature elevated and prevent hypothermia. While operating, a pump forces warmed air into blanket draped over the patient. These hot air currents then create a current which passes to the floor stirring up harmful particles and redistributing them onto the open surgical site.

As many as 1 in 100 patients undergoing joint replacement surgery develops a serious infection such as MRSA (Methicillin-resistant Staphylococcus aureus) which may require further surgical treatment to replace the implant, clean tissue, or amputate a limb, as well as antibiotics.

Some signs of an infected implant include:

The Bair Hugger lawyers at our firm have access to evidence that shows 3M’s Bair Hugger has caused potentially life threatening infections in many patients.  As a result of 3M’s gross negligence, victims of 3M’s Bair Hugger are entitled to pursue compensation for their damages in a medical product liability lawsuit.  If you would like to learn more about Bair Hugger lawsuits, contact an attorney for a free legal consultation.