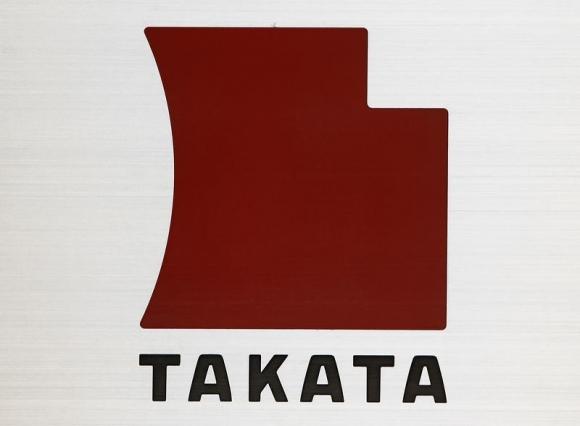 Takata Corporation, a company that supplies millions of airbags and other safety equipment for vehicles, has come under fire lately with the allegations that they knew their airbags were faulty, but failed to take action.  This has caused recalls in nearly 8 million vehicles, including both Japanese and US manufacturers, to replace the airbags that could have fatal consequences if they deploy.  Have you been in a car accident, and were you injured by shrapnel that was sent flying after the airbag deployed?  If so, you may be able to file a lawsuit against the auto manufacturer and against Takata Corporation.  Fill out the contact form on this page, or call 1-800-305-6000 to schedule your free consultation with a personal injury attorney from Arentz Law Group P.C.

Takata has been manufacturing safety equipment for vehicles for decades now.  One of their specialties is the airbag market.  However, their products may not be safe; in fact, these airbags can cause injury far beyond what would have happened if one was not present.

To make matters worse, there are allegations that Takata Corporation knew about the defective products over a decade ago.  Instead of reporting their findings, the company attempted to cover up the results of their testing, opting instead not to report the knowledge of their defective airbags in favor of not issuing a recall.

The Problem with the Airbags

Often when there is a problem with airbags it is because they fail to deploy.  This problem, however, is quite different.  The airbags deploy, however, the inflation device deploys them with astounding force.  So much force that the inflator and surrounding components can explode.  This explosion can send bits of shrapnel and metal into the vehicle injuring or killing the occupants that were relying on the airbag to save their lives.

Recent reports believe that the problem is not in all of the vehicles.  They say that the problem might be associated with hot, humid climates; such as those in Florida and other southern states.

The Problem with Takata

All products like these go through rigorous safety testing.  They are put through various conditions to see if they can function normally no matter what extremes are thrown at them (weather, speed, impact direction, and all sorts of things are tested).  There are some that believe that this problem was known in the Takata testing labs.  However, instead of correcting the problem, they covered it up and withheld information from federal regulators.

The solution has come at a steep cost to many people.  Those who have had the misfortune of being hit with the shrapnel expelled by these airbags have paid quite the price.  With the lawsuits against Takata that have already been filed, and the dozens, if not hundreds, more that are to come, the pressure is on this company to make their product safe for people to use.  If you have been hurt, your Takata airbag lawsuit can help bring recognition to a problem, and ultimately a solution.

Regulators Believe Climate is a Factor

Since the beginning of 2013 there have been millions of vehicles recalled due to the fact that their airbags may not be properly deploying (you can view the list and see if your vehicle is affected on the NHTSA website).  While there are times when auto parts don’t work the way they are supposed to, this issue runs deeper with allegations that Takata knew about the defective airbags, but covered up testing and reporting so they could avoid a recall.  The outcome is that millions of people are put into potentially fatal situations.

The latest round of recalls has not been nationwide.  Regulators and safety experts have concluded that not all vehicles are equally at risk, and decided that humidity and temperature play a significant role in which airbags will explode when opening.  Because of this new information, Honda has recalled around 1 million vehicles, but they have limited that recall to areas of the country that have higher humidity and warmer temperatures.  Those areas include: California, Florida, Southern Georgia, Louisiana, and several others.  This raises a potential problem though.

Many people travel seasonally.  While their vehicle may be registered in a state that is not supposed to be affected, they might drive that car to Florida, California, or somewhere warmer for a significant portion of the year.  The latest recall will only gather vehicles are registered in the warmer climate, and pass over those that are not.

Despite the fact that Takata is a Japanese company, the airbag recall does not just affect vehicles that were made in Japan.  There are actually 10 major manufacturers that are subject to the recall notice because their vehicles used Takata airbags.  The recall affects nearly 8 million vehicles made by various companies.

Honda Knew About the Potential for Explosion

Back in 2004 the airbag installed in Honda Accord exploded after a wreck in Alabama.  The metal shrapnel was sent flying into the vehicle.  Honda did issue a small recall in 2008 over this issue, but it only affected about 4,000 vehicles; far fewer than the 5.5 million on the recall list this time around.

How Serious is the Exploding Airbag issue?

As of the middle of November, 2014 there have been more than 150 reports of injury, and 5 deaths.  The first two deaths occurred in Honda vehicles.  One was when an 18 year old bumped into a vehicle in a parking lot.  The speed was far lower than necessary to deploy the airbag.  Shrapnel shot into her neck and she bled to death.  The second was a 33 year old mother who bumped into a mail truck.  She also was struck in the neck with shrapnel and bled to death.  Both incidences were in 2009.

In the spring of 2014 Brandi Owens, a resident of Georgia, filed a lawsuit against GM and Takata over the airbag that exploded in her car after an accident in October 2013.  According to the lawsuit she was driving her Chevy Cruze at a low rate of speed and accidentally rear-ended the vehicle in front of her at a low rate of speed.  The airbag deployed, and shrapnel shot through the vehicle.  One piece of shrapnel hit Brandi in the face causing her left eye to rupture.  She is now permanently blind in that eye.

Claribel Nunez was driving her 2001 Honda Civic in June 2014 when someone stopped suddenly in front of her.  She hit the brakes, but rear-ended the other vehicle; a crash that caused her airbag to deploy and shrapnel to fly out of the steering wheel area.  That shrapnel hit Claribel in the forehead with such force that she was, “drowning in [her] own blood.”  The accident has left her with blurred vision, impaired sense of smell, headaches, 12 stitches and nearly a month of missed work.  Her lawsuit is not just about collecting a monetary settlement, but also to raise awareness and get answers as to why this issue hasn’t been addressed yet.

It sounds like something out of a war movie.  Unfortunately it is something that can happen to an innocent citizen that is relying on the safety equipment in their car to keep them safe.  Due to a faulty inflator, the airbags in millions of vehicles can end up exploding open with such force that the structure tears apart.  The shrapnel is sent throughout the interior of the vehicle injuring and possibly killing the occupants.

Take for instance the story about Corey Burdick, a resident of central Florida.  Corey was driving to work one morning, and collided with another vehicle.  The airbag in his 2001 Honda Civic deployed, even though he was only going about 15mph.  The inflator kicked into action with so much force that shrapnel was sent flying out ahead of the airbag, and sliced Corey across the face.  The incident left him with a gash that traversed his face from the nostril to the eyebrow, and he no longer has the use of his left eye.

These cases are popping up more frequently, especially in areas of the country that have a hot and humid climate.  The situation is always the same: the airbags deploy with too much force causing the inflator to explode and shrapnel is sent into the vehicle.  Instead of saving lives, the airbags end up maiming or killing the occupants.  The result is a recall of nearly 8 million vehicles from multiple manufacturers (check the NHTSA list to see if your car is affected).

There is a proposed class action lawsuit filed in California on behalf of the drivers of Hondas, Toyotas, BMW’s and several other makes of vehicle.  The suit alleges that Takata and some of the auto manufacturers knew about the dangers of the airbags, yet they dismissed them or even tried to cover them up.  For instance, an airbag in a Honda Accord exploded back in 2004.  However, Takata and Honda both dismissed the incident as an anomaly and took no further action to seek out what had actually happened.  A decade later and Honda is recalling over 5.5 million vehicles.

The NHTSA was established back in 1970.  Their entire purpose is to make sure that motor vehicles, and the highways on which they drive, are held up to the highest standards.  The NHTSA works hard everyday to help prevent car crashes, and minimize the loss of human life.

Where Has the NHTSA Been on the Airbag Issue?

The NHTSA has to cover so much ground that they cannot investigate each report individually.  So they rely on the auto manufacturers to report their findings in case there is a major problem.  That sort of happened with the airbag issue.

When the first airbag exploded, back in 2004, Honda filed a report but did not expand on what actually happened.  Even after subsequent issues, they filed a report every time, but never took that extra step to alert the NHTSA.  This caused these airbags to continue to be installed in vehicles, and continue to put the drivers at risk.

What is the NHTSA’s Stance Now?

Currently the NHTSA is maintaining a list of vehicles affected by the recall on their website.  They are urging drivers who may be at risk to contact them and find out if they are in danger of having their airbag explode.

Their investigation revealed that people who live in, or at least drive in regularly, a hot and humid environment are at an even greater risk.  Their studies have found climate has a big impact on whether or not the airbags will deploy unnecessarily, and if they deploy whether or not they will explode.

If you have been injured, or if a loved one has been killed, by an exploding airbag in the vehicle, you may be able to file your own lawsuit against Takata and the manufacturer of the vehicle.  Your lawsuit will help to raise awareness, and put the pressure on automakers to ensure they are installing adequate safety mechanisms in their vehicles.

If you have suffered due to the negligence of the airbag manufacturers, you can fight back.  Contact a defective product attorney from Arentz Law by calling 1-800-305-6000, or by filling out the contact form on this page, to schedule your free initial consultation.  Attorneys are ready to help you receive the compensation you deserve.

A defective product attorney in Southern California can help you with your Takata airbag lawsuit no matter what state you live in.