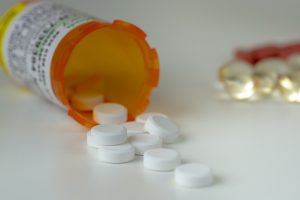 Opioid Lawsuits assert that the manufacturers of opioids caused the opioid epidemic through deceptive marketing of Opioids. Since the 1990’s opioid manufacturers marketed opioids as more beneficial than they actually are, while also underselling the association of opioids and addiction. If you or someone you love has become addicted to opioids and suffered due to opioid abuse, you may be able to file an opioid lawsuit. Filing an opioid lawsuit with Arentz Law National Injury Lawyers could help you in seeking compensation for medical expenses, pain and suffering, and additional damages.

Our legal team at Arentz Law is here for a no-obligation, free consultation. Call us today to determine if you may be eligible to file an opioid lawsuit.

Am I eligible to file an Opioid Lawsuit?

It is difficult to determine whether or not you may be eligible for an opioid lawsuit without learning more about your situation. Every situation is different and small details can change your eligibility, but there are some common factors to take into account including:

It is very difficult to prove the liability in an opioid lawsuit on your own. Our team of qualified and experienced attorneys at Arentz Law are here to help. Call 1-800-305-6000 today for a no-obligation free consultation.

Am I Eligible For an Opioid Lawsuit Settlement?

There are many factors involved in qualifying for an opioid lawsuit settlement, calling an experienced attorney to fully discuss your case is recommended. While. Every case is different, common damages victims of opioids could recover include:

We understand that any amount of compensation cannot change what has happened to opioid epidemic victims, but it is a first step in helping victims or their families move forward. Consultation with our firm is completely confidential, with a no-obligation free consultation.

There are currently thousands of opioid lawsuits already being filed against many different opioid manufacturers. These lawsuits claim, with good reason, that the manufacturers failed to warn victims of the addictive nature of opioids. In 2017, more than 47,000 Americans died of opioid abuse, according to the National Institute on drug abuse. The U.S. Department of health and human services declared a national emergency due to the opioid epidemic that same year. Although the opioid epidemic is negatively affecting Americans at an alarming rate, there is some good news.

In 2019, an Oklahoma Judge ordered Johnson & Johnson to pay $572 million to victims of the opioid epidemic. The state of Oklahoma argued that Johnson & Johnson as well as other opioid manufacturers created a public nuisance, by aggressively misleading the public through marketing opioids. Opioids were marketed by overplaying their effectiveness on chronic pain and underplaying their addictiveness. This verdict was extremely important because it marked the first time that an opioid manufacturer was held liable. This could be the first of many opioid lawsuit settlements that are favorable settlements for communities and victims affected by the opioid epidemic.

The severity of the Opioid Epidemic in the US

According to the Centers for Disease Control (CDC), over 130 people die every day from opioid-related drug overdoses. Opioids that unfortunately get misused by far too many Americans are mostly prescription pain killers including:

Not only has the Opioid epidemic become a burden for victims that have been prescribed painkillers, but it is also having an economic impact. With the combination of multiple factors including addiction treatment, healthcare, and lost productivity the cost is mounting. According to The Centers for Disease Control (CDC) estimates that the total “economic burden” of prescription opioid misuse alone in the United States is $78.5 billion a year.

How the Opioid Epidemic Started

Late in the 1990s pharmaceutical companies began to market opioids as great painkillers that patients are not likely to become addicted to. Due to this misinformation, the medical community began to prescribe opioids as a painkiller for patients suffering from cancer. The level of prescriptions for opioids not only grew for cancer patients but expanded to a painkiller for non-cancer patients as well. Subsequently, the overprescribing of opioids has led to widespread misuse of the medications. It was during this time that it became clear how highly addictive and dangerous opioids are.

Years later, in 2017, an estimated 1.7 million Americans suffered from substance abuse disorders related to prescription opioid pain relievers. Along with widespread substance abuse disorders, 47,000 Americans died as a result of opioid overdose. Sadly, the misuse did not end there. After opioid abuse became a public health crisis prescription of opioids got worse. A study of Medicare data done by John Hopkins University revealed that Surgeons continued to overprescribe opioids. These surgeons prescribed these medications after minor surgical procedures that caused small amounts of pain. As well as overdose patients in some cases to the extent of 100 piss for one week following surgery.

If you or someone you love has suffered or become a victim of the opioid epidemic, contacting an experienced attorney is imperative when considering your legal options. Our team of licensed attorneys is here to help you pursue compensation for physical, emotional, and financial damages caused by opioids.

Contact Arentz Law Group National Injury Lawyers today to learn more about your rights regarding a possible opioid lawsuit. We are available 24/7 to answer your questions and ease your concerns while you weigh your legal options. We offer free no-obligation consultations for all cases that we handle. We also work on a contingency fee basis, which means there are no upfront attorney fees for our legal services. Call 1-800-305-6000 for a free consultation today.