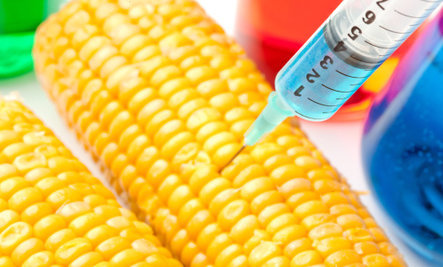 Since the year 2009 Syngenta has been marketing GMO corn to farmers. These farmers trusted the company and planted the product that was supposed to have a special genetic trait that made it less susceptible to pests. The problem is, though, that the GMO product has not been thoroughly tested, and China refuses to import it. This has left farmers with millions of dollars of lost revenue because they cannot sell their product. If you have been the victim of Syngenta’s deceptive marketing techniques, and you have lost money with your agriculture business, contact an attorney from Arentz Law Group P.C. today. Simply call 1-800-305-6000, or fill out the contact form on this page, to schedule your free consultation.

In 2009 Syngenta developed a new form of corn. This genetically modified version, called Agrisure Viptera (which incorporates the MIR162 trait), is resistant to certain pests. That means it has a higher chance of survival, and farmers can harvest larger crops at the end of the season. Syngenta marketed the GMO corn to farmers across the country by minimizing fears about export to China.

China has a ban on importing any corn that has been genetically modified. However, Syngenta claimed that their corn had been approved for export, and there wouldn’t be any issues shipping it to China and selling it there. What actually has happened is that China began refusing shipments in 2013, and farmers have been unable to sell their corn. The estimate for overall economic loss is over $1 billion.

Syngenta’s corn seed, known as Agrisure Viptera and Agrisure Duracade (both of which incorporate the trait called MIR162) is a genetically modified form of corn that has been developed to resist certain pests and make the corn more adapted to survival. The problem was that the corn seed was sold to farmers without prior approval to sell the corn to China, a country that consumes about 20% of the corn grown in the US.

But the problem doesn’t just end with farmers who grew Syngenta’s corn. Even those who have an organic and non-GMO product are finding themselves losing money because their product has traces of the GMO corn in it. Through cross pollination, or mingling of corn in grain elevators, the GMO product has contaminated a large portion of the corn grown here in the US. The result is that there are thousands of lawsuits being filed to collect compensation for the losses.

GMO’s have actually been around for thousands of years. For instance, the first “corn” as we know it really looked more like what we call wheat (wheat looked more like grass). However, through careful cultivation and selecting the corn with the desired attributed, the organism was modified to look like what we now call corn. The difference between modern GMO’s and those of the past is that they are done much more rapidly today.

In a lab setting, scientists take the DNA from the corn and splice into it the desired traits that they want to see. For instance, in the MIR162 strain of corn the DNA has been modified so that certain pests that would otherwise destroy a corn crop no longer find the corn desirable. It’s a good thing in one sense because pesticide use is now limited. However, the biggest issue is that we don’t know the long-term effects of this laboratory genetic modification.

Many of these GMO products have been approved for sale in the US. For instance, there are no restrictions in the US market about buying and selling Agrisure Viptera corn. However, each country sets their own standards, and China has refused to import any corn that has been genetically modified. These are not new rules; they have had these standards for quite a number of years.

China is growing rapidly and must import a large amount of the food they rely on. This country is the third largest importer of US grown corn. However, the country does not import MIR162 corn, even if that gene is found in trace quantities. Since a product that wasn’t grown with GMO corn can be contaminated easily, it means that vast quantities of corn are being denied.

The result is that farmers are losing money, and the price of corn is dropping rapidly. So rapidly that since the peak of corn prices in 2012, the value has fallen 60%. Even if the farmers can now unload their corn, they will get less than half of what it was once worth.

Those who have grown Syngenta’s Viptera or Duracade corn are not the only ones that have suffered losses. There are many farmers who refuse to grow GMO crops. However, if their fields are close enough to the farmers who do grow GMO corn, there is the risk of cross pollination. The result is a non-GMO product containing trace amounts of the genes from the GMO corn.

Even if there is no cross pollination contamination, there are still ways for a non-GMO product to contain trace amounts of the GMO corn. When the corn is shipped it is stored in large grain bins, transported on trucks and trains, and often gets mixed in with other corns. When the different corns are mixed together, it is impossible to sort them out afterward. The result is that the entire shipment, even if there is very little GMO corn present, is refused by the importing nation.

The Problem with Syngenta’s Marketing

Fundamentally there is nothing wrong with GMO corn. This new species Agrisure Viptera, along with the second generation called Agrisure Duracade, incorporate a trait called MIR162. This protein helps the corn to be pest resistant. Ultimately the corn will be able to survive better, and farmers should enjoy a fuller harvest.

The problems have come about with the way Syngenta marketed the corn. China has long been known to refuse any corn product that contained even trace amounts of GMO traits. Syngenta marketed their product as though it were already approved for international export, even though it had not been approved. The result is that China has been denying any imports that contain these genetic traits, and since China imports about 20% of the US corn crop, that represents a huge share of the US corn market.

Because of the refusal to buy GMO corn, farmers in the US have lost a staggering amount of money. It is estimated that the damages caused by Syngenta’s GMO corn add up to over $1 billion, and even if the farmers can sell their corn locally, they will have to do so at a drastically reduced price.

In 2012 there was a massive drought plaguing a good portion of the country. The result was that corn wasn’t easy to grow. As supplies dwindled, and demand continued to grow, the value of this commodity shot up. In early August the price was an at all time high of about $8.25 per bushel. But those high prices that farmers were enjoying didn’t last long.

2013 was when the effects of Syngenta’s deceptive marketing really started to hit home. When China rejected shipments, there was suddenly a surplus of corn on the market. This dropped the demand so much that by December of 2013 corn futures were at a mere $4.22 per bushel. That’s a drop of nearly 49%.

When the harvest season came around in 2014, there was yet another twist in corn prices. One of the largest corn crops ever was being harvested. Combine a huge crop with the fact that China was still rejecting shipments due to GMO contamination, and the price of corn has slipped even further from the 2012 high of $8.25. In September 2014, corn was selling for about $3.23 per bushel; that’s about 39% of the price it was selling for just two years earlier. It is also a significant loss for farmers who are feeling the pinch.

Syngenta is facing hundreds of lawsuits that have to do with its genetically modified corn. This particular strain, MIR162, has been modified to be pest resistant. While it is approved for use and sale in the US Markets, it has not been approved in China. The result is that in 2013 China began rejecting shipments of corn because they contain this GMO trait.

Chinese import laws do not allow for even trace amounts of GMO to show up in their corn. This means that even farmers that did not plant a GMO product may suffer. When two fields are planted in close proximity, cross pollination occurs. This means a field planted with non-GMO corn will end up having some of the genetic traits that the GMO corn has. Even those trace amounts are enough for China to refuse the shipment.

The result is that there is over $1 billion in damages to corn farmers in America. Since China buys about 20% of the US corn every year, the ramifications of refused shipments is substantial. There have been hundreds of lawsuits filed against Syngenta in at least 11 states. The claim is that Syngenta’s decision to market their MIR162 GMO corn as though it was already approved has crippled the US corn market. As a result farmers, grain elevator operators, and corn exporters have lost incredible amounts of money.

Since the lawsuits are spread around so many different states, the US Judicial Panel on Multidistrict Litigation (JPML) is considering consolidating the cases. This will make it easier for farmers around the country to file their lawsuits against Syngenta. Instead of having the same trial taking place in a multitude of states, it will be consolidated to a single location.

If you have been affected financially by Syngenta’s deceptive marketing practices, you may be able to collect compensation by filing a Syngenta lawsuit. Contact a highly trained attorney from Arentz Law by calling 1-800-305-6000, or by filling out the contact form on this page. Attorneys are ready to conduct your free initial consultation.

Arentz Law Group is currently accepting cases regarding Syngenta’s collapse of the US corn market from clients who live in all 50 states. No matter where you live, or where you farm, Arentz Law can handle your Syngenta lawsuit.