Paragard IUD Lawsuit Attorneys at Arentz Law National Injury Lawyers are currently reviewing defective product lawsuits on behalf of individuals who may have suffered complications from Paragard Copper IUD’s. Although initially created to help women prevent pregnancy. Paragard birth control has a substantial risk of the device breaking upon removal. If you have suffered harm after the removal of a Paragard Copper IUD, lawyers at our firm are prepared to represent your best interests. Our team is here to help you recover full compensation for your physical, emotional, and financial damages.  Contact us today to schedule a free case evaluation. 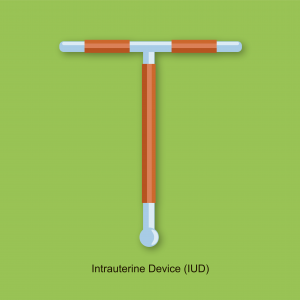 What is a Paragard IUD?

ParaGard is an intrauterine device (IUD), that is the only non-hormonal form of IUD intended to provide long-term birth control. Manufactured by Teva USA, the paragard IUD is a T-shaped piece of plastic wrapped in copper wire and inserted into the uterus. The Copper wire is used to produce an inflammatory reaction inside the uterus. This inflammatory reaction is toxic to sperm and eggs, therefore preventing pregnancy. In addition, it is intended to last for up to 10 years, and easily be removed when done. Unfortunately, this is not the case, many women who have used the Paragard IUD have had complications upon removal. Since 2010, the FDA has received more than 1600 complaints related to the IUD. The following events have been noted in some of these FDA complaints.

A number of individuals who have suffered injury or complications as a result of paragard birth control fracture have opted to file a Paragard IUD lawsuit against Teva USA. Claiming that Teva USA was well aware of the dangers posed by their paragard copper IUD, but that they continued to make and market these devices without sufficient safety warnings, putting profit over patient safety.

If you or a loved one have been injured by a paragard copper IUD, you may be eligible for compensation. For a free legal consultation, please fill out the form to the right or contact us directly at 1-800-305-6000.

Am I Eligible to File a Paragard IUD Lawsuit?

Paragard IUD lawsuits have begun to be filed against the manufacturers of the Paragard Copper IUD. These complaints claiming that they did not properly warn patients about the potential risks involved in using this device. After complications from paragard you may be wondering if you are eligible for compensation. Each case is unique and different, determining liability in cases like this can be complicated without consultation. Our paragard IUD lawsuit attorneys are available 24/7 to hear your story and determine if you are eligible for compensation. Contact Arentz Law National Injury Lawyers today for a no-obligation free consultation today.

If you have been injured or suffered complications from a  Paragard copper IUD, you could be entitled to pursue substantial compensation for your financial, physical, and emotional damages in a Paragard IUD lawsuit.  A lawyer from our firm can help you recover the full compensation to which you are entitled.  Contact us today to speak with an attorney in a free legal consultation.