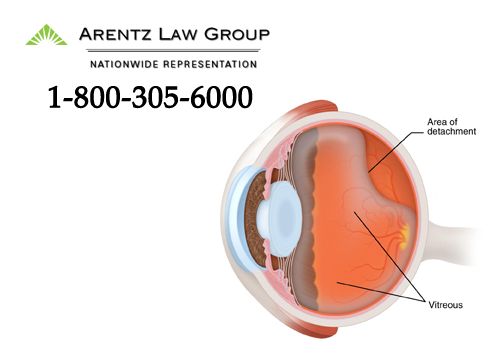 Common antibiotic drugs that fall into the fluoroquinolone drug class have been found to cause peripheral neuropathy, an irreversible form of nerve damage.  If you have used Avelox, Cipro, or Levaquin, and you have suffered from nerve damage, you may be able to file a lawsuit against the manufacturers of the drug.  Contact a dangerous drug attorney from Arentz Law Group P.C. today by calling 1-800-305-6000, or by filling out the contact form on this page, to schedule your free case review.

What Are Avelox, Cipro, and Levaquin?

Avelox is made by Bayer (marketed and distributed in the US with the help of Merck).  This drug, which is commonly prescribed to those suffering from sinus infections, pneumonia, bronchitis, and others falls into the class of fluoroquinolones.  These synthetic anti-bacterial drugs have been a hot topic lately, as more reports are showing they increase the risk of nerve damage.  Avelox was approved in 1999, but the FDA didn’t require a boxed warning about nerve damage until 2013.  If you have used this drug, and suffered from nerve damage, you may be able to file an Avelox lawsuit.

Cipro is another drug made by Bayer.  The drug fights off infection in a slightly different manner, and some who do not find success with Avelox may use Cipro.  It was approved for sale in the US in 1987. This drug is primarily used to treat urinary tract infections, bladder infections, prostatitis, and others.  It came onto the market back in 1987, and despite the risks of nerve damage and tendon rupture it is still used today.  If you have suffered after using Cipro, you may be able to file a Cipro lawsuit.

Levaquin is made by Johnson & Johnson.  It found FDA approval in 1998, and is commonly prescribed for sinus infections, pneumonia, and bronchitis. Levaquin (as well as others such as Avelox and Cipro) fall into the category of fluoroquinolone drugs.  These drugs all rely on similar mechanisms to prevent the spread of, and kill off, bacterial infections.  However, a report in the journal Neurology that was published in August 2014 shows that the drugs are not very safe.  In fact, new users double their risk of developing peripheral neuropathy than if they had never used the drug.

All three of these drugs work in roughly the same manner, and all three are synthetic antibacterial drugs.  They also are the cause of many people’s pain and suffering.

What Are “Fuzzy Feet?”

Peripheral neuropathy affects the peripheral nervous system (which in turn connects to the central nervous system).  This system controls all of the nerves located in the extremities of the body, and there are some signs of nerve damage that appear sooner than others.  Primarily, those nerves that are in the extremities (such as the hands and feet) are the first to be affected.  A condition called “fuzzy feet” is one that shows up relatively soon.

This experience, similar to when your foot “falls asleep” and then wakes back up, feels like a tingling, or burning sensation.  When it is at its worst it feels like needles poking into the foot.  Fuzzy feet is not a new condition, and it actually has a number of different causes (all stemming from some sort of nerve damage).  Fortunately for those who suffer, other than those who have nerve damage due to antibiotic use, it is treatable.  Unfortunately for those who are suffering due to using Avelox, Cipro, or Levaquin, the condition is irreversible.  Their only hope is that the body heals the damage on its own.

Retinal Detachment and Antibiotics: What is the Issue?

A study published in the Journal of the American Medical Association found that roughly 1,400 cases of retinal detachment every year in the United States may be linked to use of certain antibiotics, including Levaquin, Cipro, Factive, and Avelox.  Researchers were already well aware that these drugs can lead to ruptures of connective tissues, tendons, and cartilage, and they wanted to learn more about how these drugs affect the eyes, which are dense in connective tissues.  The conductors of the study went on to state that their research showed a 3.6 to 5.7 times higher risk of retinal detachment in users of fluorquinolone antibiotics compared to patients not treated with a medication in this family.  The study authors note that while this risk may appear small, it could mean that thousands of patients may lose their vision every year:

“This magnitude of risk seems small, but given that there are about 40,000,000 prescriptions written for these drugs in the U.S., it translates to around 4,000 new cases per year.”

Despite the fact that drugs like Cipro, Avelox, and Levaquin have been around since the 1980’s, there was very little warning given to those using the drugs about the risk of nerve damage.  In fact, the FDA didn’t require a prominent warning label until late in 2013.

Millions of people have used these drugs, and they have subjected themselves to an increased risk of developing peripheral neuropathy (one study published in 2014 showed the risk was double for new users of the drug).  The worst part is that once someone has nerve damage, the only way to reverse it is to have the body heal itself naturally.  Many people never recover.

The peripheral nervous system is connected to the central nervous system.  This complex series of relays helps to transmit feelings from all parts of the body back to the brain where they can be interpreted.  This is how when you touch something you know if it is hot or cold, sharp or dull, or any other characteristics that have to do with your sense of touch.

When a person is suffering from peripheral neuropathy, they begin to lose those sensations.  Commonly this starts with a tingling or numb feeling.  The extremities are generally the first to suffer, so this stage of nerve damage is often called “fuzzy feet.”  As the damage progresses the tingling turns to a painful burning sensation that ultimately leads to loss of feeling entirely.  If the cause is left untreated, the individual may suffer from paralysis being unable to digest food and have difficulty breathing.

Back in 1987 Cipro found approval by the FDA to be sold in the US.  By the late 1990’s Avelox and Levaquin were also on the market.  It was not until 2004 that the FDA required the first warnings surrounding the risk of peripheral neuropathy.  The statements about these risks, however, were inaccurate and failed to sufficiently warn the public about the real dangers of these drugs.

It was not until 2013 that the warning was updated to address the real risks.  Between 2004 and 2013 the warning labels described the risk of this nerve damage to be minimal.  The warnings did not include any information about the risk of potential rapid onset, nor did it address the fact that peripheral neuropathy is permanent; there is no way to reverse the nerve damage caused by these drugs.

Karyn Grossman, from Baltimore, Maryland, has filed a Levaquin lawsuit against Johnson & Johnson claiming that their warnings about the drug were misleading.  According to the complaint Karyn indicates that the information about peripheral neuropathy was at the bottom of a long list of adverse reactions, and that Johnson & Johnson claimed the symptoms could be stopped by discontinuing the use of the drug.

The fact of the matter is that even after discontinuing use of Levaquin, a patient can continue to suffer from the nerve damage indefinitely.  There is no way to reverse the effects, and very few people have gone on to heal naturally over time.

In 1993, just a few years after Cipro started being sold in the US, there was a case study that looked at a 68 year old female.  While treating her salmonella, the doctors prescribed Cipro.  Almost immediately she suffered from peripheral neuropathy, the effects of which partially subsided when the drug was discontinued.

In 1995 another case study was done.  A 74 year old male was diagnosed with a urinary tract infection and was prescribed Cipro to clear it up.  Six days later he was having painful dysaesthesia (abnormal sensation in body and legs).   His body was able to heal from the nerve damage, but that is not always the case.

In 2001 research was conducted on fluoroquinolones and how they relate to peripheral neuropathy.  The study found that there was a strong association between the drug and nerve damage.  It also indicated that further study was needed.

In 2014 the results of a study were published in the journal Neurology.  These results were the most conclusive and shocking.  The study discovered that new users of these drugs were twice as likely to develop nerve damage as those who never took the drug.

Contact Arentz Law Regarding your Avelox, Levaquin, or Cipro Lawsuit

If you have taken one of these drugs, and you have suffered from nerve damage, you may be able to file a lawsuit.  The drug companies never fully warned about the dangers of using these antibiotic drugs, and for years they never indicated that the damage caused was permanent.  To get started, schedule your free consultation with a dangerous drug attorney from Arentz Law by calling 1-800-305-6000, or by filling out the contact form on this page.

Arentz Law will provide a dangerous drug attorney in Southern California to represent you in your case no matter what state you live in.