What is Mirena IUD 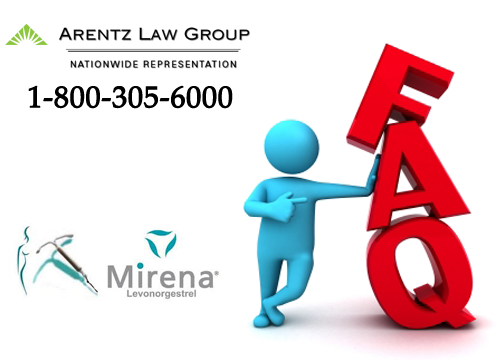 This page is for informational purposes only. We are not accepting Mirena cases at this time.

If you, or a loved one, have suffered illness or physical harm from the use of a Mirena Intrauterine Device (IUD), you may be entitled to compensation.

In the year 2000 Bayer saw approval of their new birth control, Mirena IUD. This new device was set to revolutionize the way that birth control was used. Instead of relying on the patient to remember to take a pill each day, and subsequently a placebo for each day of her period, the intrauterine device is implanted by a physician. For the next several years, the patient should not have to worry about their birth control.

During a visit to her doctor, a woman will have the device implanted into her uterus. The device will then slowly release small amounts of levonorgestrel. This hormone is basically the same as what is contained in standard pill form birth control. Small amounts enter the blood stream right in the uterus.

The hormonal changes cause the cervical mucus to thicken, thus preventing the sperm from reaching the egg. The chemical changes may also cause the lining of the uterus to thin, preventing an egg from attaching, and it may also prevent the ovary from releasing an egg. A combination of all the different methods prevents the patient from becoming pregnant while using the device, and in addition the device has been known to lighten and regulate the periods the patients experience.

If the patient decides she does want to become pregnant, or the device is nearing the end of its 5 year lifespan, a doctor will need to remove the device. After removal, the patient will then see the gradual changes back to normal cycles the same as coming off other methods of birth control.

Side Effects of Mirena IUD

Among the more serious side effects:

Most women will experience at least some of the less severe side effects; it is just the body’s way of reacting to a new chemical. However, many will also experience the severe side effects. Even though the claims are that every woman is a candidate for Mirena IUD, there are some women who are at a higher risk of these severe side effects (such as those who have had an abortion, have an abnormally shaped uterus, have had a high risk pregnancy). In fact, the list of conditions that make Mirena unsuitable is quite a bit longer than the list of conditions that make it suitable.

If you have already used Mirena IUD, and have experienced perforation, ongoing bleeding, or any of the other severe side effects, you may be entitled to compensation.