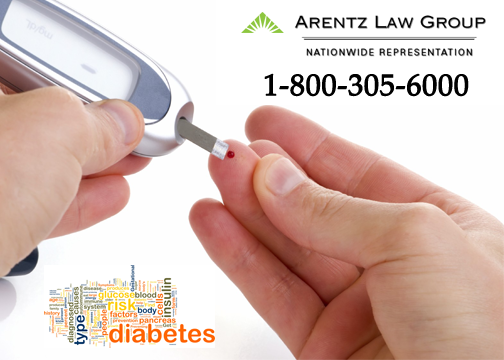 Lawyers at Arentz Law Group, P.C. are currently interviewing victims in all 50 states to determine their eligibility to recover compensation for their damages in dangerous drug lawsuits.  Byetta, Janumet, Januvia, and Victoza are used to treat type-2 diabetes by promoting insulin secretion in the pancreas, which leads to lower levels of blood sugar.  Unfortunately, recent scientific studies and adverse event reports submitted to the FDA draw a correlation between these drugs and pancreatic cancer, as well as other potentially fatal side effects.  If you or a loved one has been diagnosed with pancreatic cancer or pancreatitis after using your type-2 diabetes medication, you could be entitled to recover compensation for medical bills and other damages. Call Arentz Law at 1-800-305-6000 or fill out the case form.

What is Byetta?
Approved for use by the FDA in 2005, Byetta (exenatide) is made by Amylin Pharmaceuticals in collaboration with Eli Lilly & Co.  Patients who are prescribed Byetta for Type-2 diabetes treatment use a pre-filled pen to inject the medication twice a day to help control blood sugar levels.  Byetta contains an animal-derived hormone called extendin-4 which is very similar to the human hormone GLP-1, the hormone that triggers the production of insulin to regulate blood sugar.  Byetta can also be helpful with promoting weight loss because it decreases food cravings.
Byetta Side Effects

Byetta has recently been investigated as the cause of a number of potentially fatal side effects, including:

In response to numerous reports of serious Byetta side effects, the FDA issued a Byetta Risk Evaluation and Mitigation Strategy (REMS) which required Amylin Pharmaceuticals, Inc. to conduct extensive post-market research into the association between Byetta and pancreatic cancer, thyroid cancer, and other side effects.

One of the most common Byetta side effects encountered by our clients is pancreatitis, which may be fatal.  By October 2007, just two years after Byetta was released, the FDA had received at least 30 reports of acute pancreatitis in Byetta patients.  Byetta patients have also been known to suffer hemorrhagic pancreatitis, a condition where internal bleeding may be prompted by massive erosion of blood vessles.  Another potential Byetta side effect is necrotizing pancreatitis, which causes toxins and enzymes to enter the blood stream and which may cause organ failure or death.

If you or someone you love is taking Byetta, it is important that you be aware of common symptoms of pancreatitis, which may include:

In addition to pancreatitis, kidney function alteration or potentially deadly kidney failure have also been reported in Byetta patients.  When the FDA issued a Byetta warning in 2009, the agency reported that at least 78 patients had reported Byetta kidney problems, and that at least 62 of these cases were classified as kidney failure.

Potential Byetta kidney side effects may include:

What is Janumet?
Janumet (sitagliptin/metformin) was approved by the FDA in April 2007 for the treatment of patients with type-2 diabetes.  The company that makes Janumet, Merck, also created Januvia, which is sitagliptin sold without metformin.  Sitagliptin is the first diabetes drug that inhibits the enzyme which triggers the pancreas to secrete extra insulin, DPP-4.  Increased insulin in the body leads to lower blood sugar levels.
Janumet Pancreatic Cancer and Side Effects

One of the main ingredients in Janumet, sitagliptin, blocks the enzyme DPP-4.  In addition to promoting the secretion of insulin, DPP-4 also stops cancerous cells from growing into surrounding tissues.  Thus, inhibition of DPP-4 may reduce the body’s ability to stop certain cancers from progressing.

The journal Gastroenterology published a study designed to research side effects of sitabliptin to side effects of four other diabetes drugs in July 2011.  The study was based on adverse event reports from 2004-2009.  The researchers came to the following conclusions:

The FDA issued a safety warning regarding Janumet in September 2009, stating that the agency had received notice of 88 cases of pancreatitis in Janumet users between 2006 and 2009.  Pancreatitis can be deadly by itself and may also be a precursor to pancreatic cancer, which is the fourth deadliest cancer in the United States.

In Januvia pancreatic cancer lawsuits, victims are eligible to recover substantial compensation for medical bills, lost wages, pain and suffering, and other damages.  Januvia (sitagliptin) is a type-2 diabetes drug made by Merck and approved by the FDA in 2006.  Recent research has drawn a correlation between use of Januvia and an increased risk of pancreatic cancer.  If you or a loved one has been diagnosed with pancreatic cancer or pancreatitis after taking Januvia, you could be entitled to recover compensation in a dangerous drug lawsuit.

Januvia helps lower a patient’s blood sugar by blocking the enzyme DPP-4 which causes the pancreas to secrete insulin.  Unfortunately, DPP-4 may also stop the growth of cancerous cells, and a number of scientific studies and adverse event reports have linked use of Januvia to an increased risk of pancreatic cancer.  A study was published in the journal Gastroenterology in July 2011 where researchers gathered data from FDA Januvia adverse event reports submitted from 2004 to 2009.  The researchers found that patients who use Januvia to control their type-2 diabetes face a risk of developing pancreatic cancer that is 2.7 times the risk for patients who use other diabetes drugs.  The researchers also found that Januvia patients are up to 6 times more likely to develop pancreatitis, which may lead to a pancreatic cancer diagnosis.

Victoza and other drugs in the same family, such as Byetta and Bydureon, have been shown to cause sudden inflammation of the pancreas in some patients in a condition known as acute pancreatitis.  In May 2012, the journal Diabetes published a study conducted by researchers who concluded that drugs in this class could stimulate the growth of precancerous cells and hypothesized that Victoza users who have pancreatic abnormalities may be more likely to develop pancreatic cancer.

The consumer advocacy group Public Citizen found 28 reports of pancreatic cancer in Victoza users from February 2010 to September 2011 in adverse event reports submitted to the FDA.  Pancreatic cancer is the fourth most deadly cancer in the United States, with a mere 5% of patients surviving 5 years after diagnosis.

Victoza Pancreatic Cancer and Side Effects

As of June 2011, the FDA had records of at least 200 cases of acute pancreatitis linked to Victoza and 28 cases of pancreatic cancer.  When a patient has severe pancreatitis, his or her pancreas could die from lack of blood supply.  Inflammation of the pancreas can also lead to multiple organ failure and death.  If a patient’s pancreas becomes necrotic (begins to die), surgery is needed to remove it and the risk of death jumps from 10% to 40%.  Signs of Victoza pancreatitis include:

Other potentially fatal Victoza side effects include:

If you or a loved one has been diagnosed with pancreatic cancer after using any of these drugs to treat type-2 diabetes, you could be entitled to substantial compensation for damages such as medical bills, lost wages, and pain and suffering in a dangerous drug lawsuit.  To learn more about victims’ rights in pancreatic cancer lawsuits, contact us at 1-800-305-6000 to schedule a free legal consultation with an experienced lawyer.