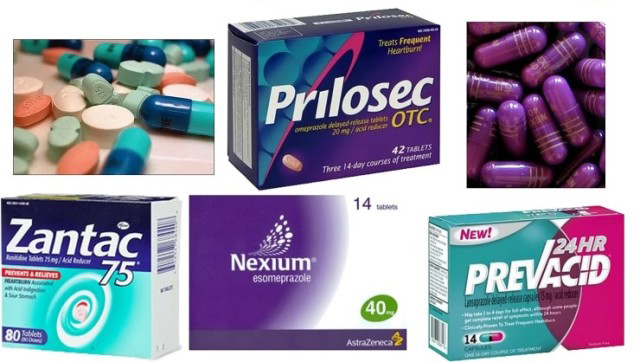 Proton Pump Inhibitor Drugs Have Many Adverse Side Effects

Proton Pump Inhibitor (PPI) drugs, such as Nexium, Prilosec, and Prevacid, have a laundry list of side effects.  Many of these side effects are relatively minor and prove to be little more than discomforts.  Other side effects can be life threatening and should be considered heavily before using one of these drugs.  The latest discovery to this list of adverse side effects is that taking one of these antacid drugs can lead to an increased risk of suffering from a heart attack.

If you have used any of these PPI’s, and you have suffered from adverse side effects, you may be able to file a dangerous drug lawsuit and collect compensation that will help cover your medical expenses and other damages.  To get started all you need to do is call 1-800-305-6000, and schedule your free consultation with a dangerous drug attorney from Arentz Law Group P.C.  Alternatively you can fill out the contact form on this page.

Side Effects of Taking a Proton Pump Inhibitor Drug

Prilosec was invented in the late 1970’s.  Since that time many dangerous side effects have shown up showing that while the drug is highly effective at relieving heartburn and acid reflux, it is far from safe to take.  Its successor Nexium (which is arguably the exact same drug) is no better,and neither are many of the other drugs that fall into the same class.  Some of those dangerous side effects include:

The discovery that PPI drugs can lead to a heart attack is relatively new.  It was discovered in June 2015 based on a study published in the online research journal collective PLOS ONE.  However, some of the other side effects have had ongoing litigation for a number of years.

There are some who suffer from acid reflux (technically entitled Gastroesophageal Reflux Disease, or GERD) as a result of another condition.  In order to combat the reflux, they are put on a regimen of Nexium, or another PPI, for an extended period of time.  This is where the problems occur.

Taking a PPI occasionally will not likely increase the risk of suffering from a heart attack.  It is those who have to take this drug every day for a year or longer, or those who are consistently taking a higher dosage of the drug, that will have the largest increase in risk.  Those who take a PPI to combat the effects of another condition fall into this category.

Taking Nexium for an extended period of time can result in a depletion of calcium and vitamin D from the body.  These are both important components to maintain healthy and strong bones.  As the calcium is depleted, the bone become weak and fragile, and the individual can suffer from hip problems and other bone fracture problems.

This condition was never fully disclosed to the public, and it was only through many people being admitted to the hospital for these conditions was it made known that if you take a PPI drug regularly, you also need to take a calcium and vitamin D supplement (in addition your body’s levels of those compounds need to be checked regularly).

There are a number of lawsuits that are currently ongoing regarding Nexium, Prilosec, Prevacid, and other drug’s causing a loss in bone density.  If you are on a PPI regimen, and you have suffered from bone problems, contact an attorney from Arentz Law today.

Not surprisingly AstraZeneca, the makers of Prilosec and Nexium, have denied that their drug can lead to an increased risk of heart attack.  Initial statements in regards to the June 2015 study have indicated that they believe there is little to worry about.

In 2007 there were warnings issued that these drugs may lead to an increased risk of heart attack.  The response by AstraZeneca, as well as by the FDA, were the same.  They concluded that when taken at a low dose, for less than a year, those problems were minimized.

The FDA looked at two different studies.  One looked at the problem with diminished bone density.  The FDA determined that the studies showed most people taking the drug were completely safe, and only those that took the drug for over a year were at risk.  They also looked at the idea that PPI drugs could lead to a heart attack.  The conclusion was basically the same: no need for worry.

As for the study that was just released in early June, the preliminary report is: don’t worry about it.  Some experts believe that the risk is so low that there is nothing to worry about.  However, the study shows that taking these drugs can increase the risk 15 to 20% over the risk experienced by those who are not taking the drug.  In time it is likely that more studies will come to the same conclusion, and the FDA may change their response to include a warning about the risk of heart attack.

For those who have suffered after taking Nexium, Priolosec, Prevacid, or another PPI drug, it doesn’t matter what the FDA says, or even what the studies say for that matter.  The fact is that they took one of these drugs in an effort to combat a condition that is plaguing them; as a result they have suffered from an adverse side effect.  No matter how “statistically insignificant” their heart attack or bone fracture may be, it severely affects their quality of life.

If you have used a PPI drug, and you have suffered from a potentially deadly side effect, you may be able to find justice.  Your first step is to contact a dangerous drug attorney with Arentz Law by calling 1-800-305-6000, or by filling out the contact form on this page.  With your attorney’s help you can receive compensation to cover medical expenses and other damages that you may have sustained.  Don’t let the drug company dictate your life, call today.

A dangerous drug attorney in Southern California can handle your case no matter what state you live in.