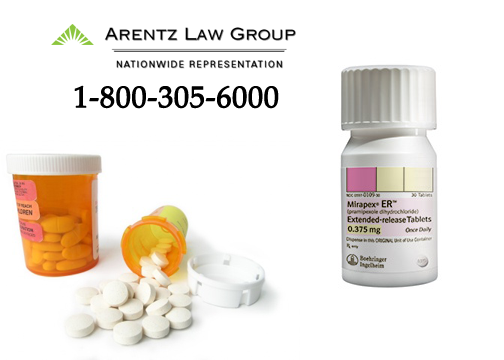 This page is for informational purposes only. We are not currently accepting Mirapex cases at this time.

Mirapex is prescribed to treat symptoms of Parkinson’s disease and moderate-to-severe restless leg syndrome.  Unfortunately, the FDA recently released a drug safety communication to warn the public of a higher risk of heart failure in patients who take Mirapex.  If you or someone you love has suffered a heart attack or heart failure that you believe may be linked to this potentially dangerous drug, you could be entitled to financial compensation for your damages in a Mirapex lawsuit.

Mirapex (pramipexole dihydrochloride) is made by Boehringer Ingelheim and was approved by the FDA for the treatment of Parkinson’s disease symptoms and restless leg syndrome in 1997.  While the science behind why Mirapex can be effective is still not fully understood, experts believe that the drug stimulates dopamine receptors.  In patients with Parkinson’s disease and restless leg syndrome, dopamine receptors may malfunction, causing involuntary muscle reflexes.

In addition to Mirapex heart side effects, a number of studies have also linked use of Mirapex to compulsive behaviors, including an uncontrollable addiction to gambling, shopping, eating, and sex.

If you or a loved one has suffered serious injury or death as a result of Mirapex side effects, you have the right to pursue compensation for your emotional, physical, and financial damages in a Mirapex lawsuit.