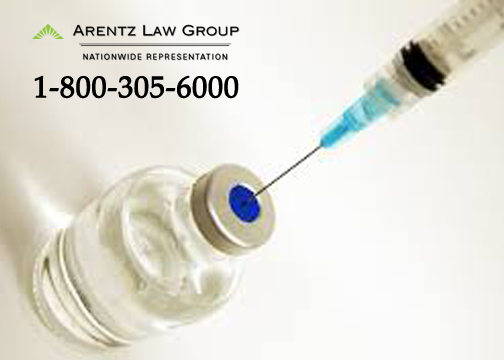 Omontys injury lawyers at Arentz Law Group, P.C. are currently reviewing cases in all 50 states where individuals suffered serious injury or the wrongful death of a loved one after using this medication.  Omontys is a medication used to treat anemia, and it has been linked to so many injuries and deaths that the FDA recalled this medication in February 2013. If you or someone you love has been injured after being injected with Omontys, you could be entitled to substantial compensation for your damages.  For more information, we invite you to contact us to speak with one of our experienced Omontys lawyers.

Omontys (peginesatide) is an intravenous (I.V.) medication that is prescribed to patients who have anemia (low red blood cell count).  Made by Affymax Inc. and Takeda Pharmaceutical Company, Omontys is also used to treat anemic patients in end-stage kidney failure who are in hemodialysis treatment.  Omontys was approved by the FDA in March 2012, and it was recalled less than a year later, in February 2013 after multiple patients suffered anaphylaxis (a severe allergic reaction) after taking the medication.

At the time of the Omontys recall in February 2013, the FDA reported that it had received 19 reports of anaphylaxis, including three deaths, related to the anemia drug.  To date, severe and potentially deadly allergic reactions have been reported in roughly 0.2% of the 25,000 patients who were prescribed Omontys.

Anaphylaxis, also known as anaphylactic shock, is a whole-body allergic reaction triggered when the immune system encounters a foreign chemical in the body.  Omontys anaphylaxis can cause a number of complications and injuries, including:

Individuals who have suffered as a result of Omontys anaphylaxis may be entitled to pursue substantial compensation for their physical, emotional, and financial damages in a dangerous drug lawsuit.  If you or someone you love has been injured as a result of Omontys anaphylaxis, you can learn more about your options in a free consultation with one of our experienced Omontys lawyers.  We invite you to contact Arentz Law Group, P.C. today to schedule your confidential case review.