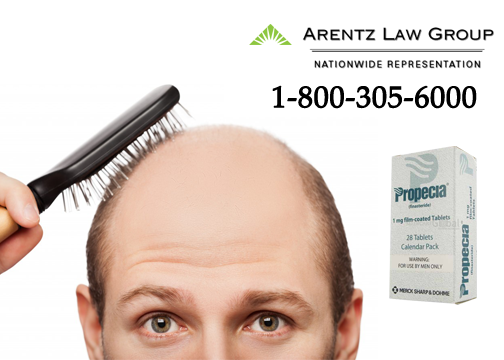 Propecia lawyers at Arentz Law Group, P.C. are currently investigating claims on behalf of men who have suffered severe injury or sexual side effects after taking the hair loss drug Propecia (finasteride).  Prescribed to millions of men across the world, Propecia (made by Merck) was approved in 1997 to treat male pattern baldness.  Unfortunately, this drug has since proven to be the cause of prostate cancer and sexual side effects including erectile dysfunction.  If you took Propecia to combat hair loss, and have since suffered from sexual side effects or been diagnosed with prostate cancer, you may be entitled to significant compensation in a dangerous drugs lawsuit.  For more information, schedule a free consultation with a member of our Propecia lawsuit attorney team.

Scientific studies and adverse event reports have linked the hair loss drug Propecia to a number of alarming sexual side effects, including but not limited to:

In addition to severe sexual side effects, men who use Propecia are at a heightened risk for developing high-grade prostate cancer, the most aggressive and deadliest form of this disease.

Merck & Co. does not deny that sexual side effects are a possible consequence for men who take Propecia.  However, the company does state clearly on American Propecia labels that these side effects should diminish and subside once treatment with the drug is discontinued.  “In clinical studies for Propecia, a small number of men experienced certain sexual side effects, such as less desire for sex, difficulty in achieving an erection, or a decrease in the amount of semen.  Each of these side effects occurred in less than 2% of men and went away in men who stopped taking Propecia because of them.”

If you or a man you love has suffered from severe sexual side effects or has been diagnosed with prostate cancer after taking Propecia, you could be entitled to compensation for your physical, emotional, and financial damages.  Our Propecia lawyers are dedicated to holding negligent drug makers responsible for their wrongdoing, and we can help our clients build a strong case to recover the full compensation to which they are entitled.  To learn more about your legal rights regarding a Propecia side effects lawsuit, contact us today to schedule a free consultation with a member of our team.