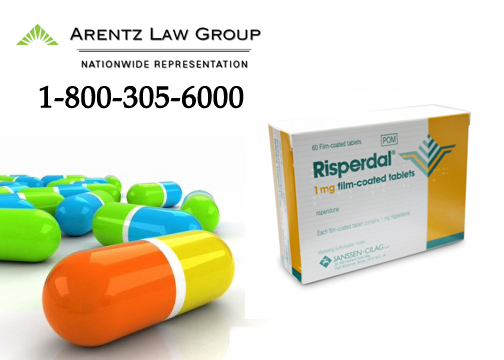 Before 1951, the best known ways to treat a patient that was suffering from a psychotic episode (hallucinations, undue aggression, or catatonia) were through methods now seen as almost barbaric. Seclusion, electro-shock therapy, or lobotomies were all seen as solutions; as well as having the patient go to church to calm his chaotic mind. Looking back now, these seem silly and strange when we have drugs, such as Risperdal, that are used to help alleviate the symptoms of psychosis.

Clozapine hit the market in 1971 as the first atypical antipsychotic (or second generation antipsychotic). For 4 years this drug was used to treat the symptoms of schizophrenia by blocking both the dopamine and the serotonin receptors in the brain. It was pulled in 1975 due to serious adverse side effects.

In 1993 Janssen Pharmaceuticals found approval for their antipsychotic drug Risperdal.  Initially it was only approved for use in adults to treat Schizophrenia, but it soon found approval for use in children and for other mental illnesses.  The drug was one of the only in its class, and it worked remarkably well.  It shot to popularity and before the patent ran out in 2007, it helped bring in billions of dollars for Janssen and the parent company Johnson & Johnson.

In 2006, shortly before the patent ran out on Risperdal, Janssen developed a new drug.  This new drug, called Invega, was a metabolite of Risperdal.  As the body breaks down Risperdal it metabolizes into other chemicals, one of which is Invega.  By developing this new drug, Janssen effectively extended the patent on their well-working, and popular, antipsychotic medication.

There are several different mental illnesses that would lead a person to use an antipsychotic drug. Just like a physical ailment, mental illnesses have varying degrees of severity; so no two treatments will affect the same disorder in the same way. Some of the illnesses treated with antipsychotics like Risperdal and Invega (although not necessarily FDA approved) include:

The cause of these illnesses is primarily due to a chemical imbalance in the brain. In a normally functioning brain, chemicals such as dopamine, serotonin, and others are produced naturally to help maintain clear thinking, and adequate motor control. When the body is not functioning properly, and these chemicals are not balanced properly, drugs are used to maintain that balance.

The atypical antipsychotic drug market is growing quickly. These drugs not only block the receptors for dopamine (as do the typical antipsychotics) but they also block receptors for serotonin. Their popularity is due in part to the fact that there are fewer neurological side effects than the typical antipsychotics have. The result is a sedated feeling, evening out the mood swings. Since the 1970’s there have been 11 of these drugs developed, many of them coming onto the market in the 1990’s. They are listed below by their brand name, with the drug in parentheses:

The first of the atypical antipsychotics to become available was Clozaril. This particular drug saw development in 1971, and was highly effective (in part due to its strength). However, due to the adverse side effect of lowering white blood cell count, it is not prescribed often.

The latest of these drugs to see approval is Latuda. It came onto the market with an FDA approval in late 2010.

The industry is growing rapidly. In 2001, there were 28 million prescriptions written for atypical antipsychotics. By 2011, that number had grown to 54 million. The reason is not because there are more people being diagnosed with psychosis, but rather the drug is being used to treat more illnesses. In 2003 the FDA expanded the drugs approval from schizophrenia, to also include bipolar disorder. However, the drug is also prescribed for many off-label conditions (those that the FDA has not approved the drug for).

This boom in the number of prescriptions also means a boom in the profits for the drug manufacturers. The overall antipsychotic market brings in over $14 billion per year, with the atypical version of the drugs bringing in the bulk of the money. In fact, Risperdal, Geodon, Zyprexa, Seroquel, and Abilify are the biggest selling drugs in America. And the growth has slowed down for some of the major players. The patent on risperidone (the base form of Risperdal) ran out in 2010. This caused sales to drop significantly. But the drug had already brought in billions of dollars ($4.5 billion in 2007 alone). The antipsychotic drug market is huge, and it doesn’t show signs of stopping, even though there are many serious side effects that come along with taking the drug.