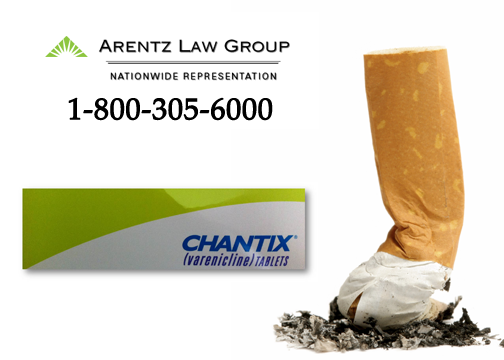 Chantix lawyers at Arentz Law Group, P.C. are currently investigating cases where victims used Chantix to help them stop smoking and suffered a heart attack or other heart issue as a result.  Chantix (varenicline) was approved in 1996 as a smoking cessation drug.  It blocks the receptors stimulated by nicotine, which reduces the “buzz” or positive feeling smokers get when they smoke cigarettes.  The FDA recently published a notice that linked Chantix to a heightened risk of heart attacks and other heart issues.  If you used or use Chantix to stop smoking and suffered a heart attack or other problems, you may be able to file a dangerous drug lawsuit for substantial compensation.  Contact a Chantix lawyer at our firm to schedule a free legal consultation where you will learn more about your rights.

The Institute for Safe Medicine Practices first raised concerns about the association between Chantix and heart problems.  From May 2006 to December 2007, when Chantix was first on the market, the group identified roughly 224 FDA adverse event reports detailing heart problems in Chantix users.  In addition to heart attacks, these reports also listed heart arrhythmia and other heart problems linked to Chantix.

Results from a clinical trial studying 700 smokers published in June 2011 suggested a potential link between the stop smoking drug Chantix and a heightened risk of heart attacks and other heart issues.  During the trial, researchers noted that Chantix users studied has a higher rate of heart attacks and other heart problems than smokers who did not use Chantix.  In fact, researchers stated that smokers studied who already had cardiovascular disease and took Chantix were more than two times as likely to suffer a heart attack than subjects who were administered a placebo.  Heart attacks were not the only heart problems the researchers associated with Chantix; users also suffered:

Based on results from this trial, the FDA issued new warnings for Chantix packages along with medicine guides to make sure Chantix users are aware of the link between Chantix and coronary problmes.  The regulatory agency also required that Pfizer, the maker of Chantix, report further on the potential for Chantix heart attacks after reviewing information from another, prior clinical trial.

Have you suffered a heart attack or other heart problems while taking Chantix to stop smoking?  If so, you may be entitled to substantial compensation in a pharmaceutical product liability lawsuit.  Chantix attorneys at Arentz Law Group, P.C. are highly experienced in dangerous drug litigation, and we have the resources and knowledge our clients need to feel confident.  To learn more about Chantix heart attack lawsuits, contact a Chantix lawyer today and schedule a free legal consultation.