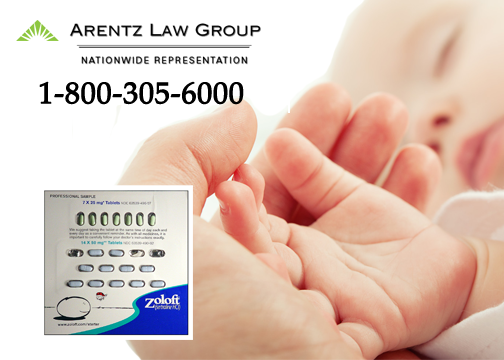 In 1991 the pharmaceutical giant Pfizer introduced Zoloft to the market.  This selective serotonin reuptake inhibitor (SSRI) has been prescribed to millions of people to help combat mental illness.  While depression is the main illness treated, the medication has also been used to help treat anxiety disorders, obsessive compulsive disorders, PTSD, and other diseases.

In the late 1980’s SSRI’s became available.  It was at this time that Pfizer was researching sertraline (the drug found in their medication Zoloft).  Combined with the effectiveness of the drug, powerful marketing, and a trend toward less physical exercise and obesity (two items that have been linked to higher rates of depression), antidepressant popularity has skyrocketed.  Currently it is estimated that 1 out of every 10 Americans takes some sort of antidepressant.  In 2007 alone the drug was prescribed nearly 30 million times.

In 1991 the pharmaceutical company Pfizer developed their SSRI Zoloft from the drug sertraline.  This drug acted as many others in its particular class, and shot to immense popularity.  Initially approved for treatment of mental illness in adults, the drug found approval for treatment in youth in 2002.  This only helped to spur on further growth.

By the mid-2000’s the drug was seeing huge sales.  In 2005, the last full year before Pfizer lost its patent on the drug, the company saw sales that totaled $3.3 billion.  Subsequent years saw much smaller revenues, however the 2008 sales of $589 million are still enough to help keep Pfizer as one of the largest drug companies in the world.

These sales, however, come at a steep price to some of the patients who are using this drug.

For the past decade Zoloft has been studied intently to determine the risks associated with taking this medication while pregnant.  The results are varied, yet the reports are clear.  A 2006 study showed that taking Zoloft after the 20th week of pregnancy increases the risk of persistent pulmonary hypertension of the newborn (PPHN) by 600%; a defect that requires the newborn to be on a ventilator for intensive care since he or she cannot breathe on their own.  A 2007 study found that taking Zoloft doubled the chance of the child being born with anencephaly (lack of brain development) which is almost always fatal within hours of birth.  And a 2010 study found that taking Zoloft during the first trimester led to a 325% increased risk of heart defects.

Most people do not experience severe side effects when taking an SSRI.  This is why Zoloft is prescribed 30 million times per year.  However, the side effects manifest themselves in other ways.  While some people do have adverse reactions to the drugs, the major side effects show up in the children of those taking the drug.

All drugs will cause a reaction in the body.  As the body adjusts to the new influx of chemicals, many of these side effects will lessen or disappear completely.  Those are generally the mild side effects which include:

Use of Zoloft during pregnancy has been shown to cause major birth defects in the child.  The likelihood of these defects is compounded if the mother takes Zoloft after the 20th week of pregnancy, or if she takes multiple antidepressant drugs.  Those side effects include:

Persistent Pulmonary Hypertension of the Newborn (PPHN)
Children suffering from this condition are unable to breathe on their own outside of the womb.

In 2006 Chambers et al. published a study that showed the likelihood of a child being born with PPHN was increased 600% when the mother used Zoloft after the 20th week of pregnancy.  This spurred the FDA to issue a warning against using Zoloft, and other SSRI’s, during pregnancy.

PPHN is a rare heart and lung developmental issue that affects the newborn’s ability to breathe outside of the womb.  This condition requires the use of a ventilator in order to supply oxygen to the young body.  In some cases the condition can lead to the damage of other organs, such as the brain, when inadequate oxygen is supplied.

Despite the findings, subsequent studies have been unable to reproduce the same results as Chambers, causing the FDA to revise their warning in 2011 stating that taking SSRI’s during pregnancy should be decided on an individual basis.

Anencephaly
Those suffering from anencephaly have part, or all, of their brain fail to develop.  The longest living case died at just three years of age.  A study published in the New England Journal of Medicine in June, 2007 found a significant link to the use of Zoloft and the development of this birth defect.
Cleft Lip and Palate
Although not life-threatening, this condition leaves visible scars that last the entire life of the child.
Heart Defects
Atrial septal defects and ventricular septal defects are “holes” in the heart that hamper blood circulation.  These “holes” affect blood circulation and often require major surgery to repair.  The American Journal of Nursing published the results of a study in January 2010 that showed mothers who had taken Zoloft along with another SSRI were at a greater risk of having a child with major heart defects.

In July, 2006 the FDA reviewed the study by Chambers et al. and determined that the warnings on the drug Zoloft were incomplete.  While the warnings were extensive, they did not fully address the risk of having a child with potentially life threatening birth defects.  The FDA updated the prescribing information for all SSRI drugs, and strongly encouraged physicians to review the potential risks with their patients.

In December, 2011 the FDA issued a follow up safety announcement regarding the drug Zoloft.  They determined that their initial safety warning was based on the results of just one study, and subsequent studies did not come to the same conclusion (although other studies show increased risk for other birth defects).  The result was that the FDA advised that physicians do not alter their treatment of depression during pregnancy, and instead added the warning that the patient should discuss the best depression treatment options with their physician before becoming pregnant.

In 2009 Dillon Hodges passed away just 18 hours after he was born.  The cause: anencephaly.  Dillon’s mother, Susan Hodges took Zoloft during her pregnancy.  This SSRI drug caused Dillon to be born essentially without a brain.  While some human functions are available to anencephalic babies, they all lack the ability to think and process emotion.  Susan and her husband James filed a lawsuit against Pfizer for failure to warn that taking the drug may result in severe birth defects.

Marisol Smith gave birth to a baby boy on Jun 27, 2013.  5 days later he died due to complications with respiratory distress syndrome, atrial septal defect (holes in the heart), and patent ductus arteriosis.  Smith has filed a wrongful death lawsuit against Pfizer alleging that they knew of the risks of taking Zoloft during pregnancy, however, they failed to warn patients about these risks.

By April 2013 there were about 330 lawsuits filed against Pfizer for Zoloft caused birth defects.  These lawsuits have been consolidated into Multidistrict Litigation (MDL) proceedings, and are slated for trials to begin in September, 2014.  The basis is that the antidepressant drug has been linked to the increased risk of severe birth defects including heart problems, respiratory problems, oral clefts, anencephaly, and many more.

In 2005 Maria Zendejas gave birth to her child after taking Zoloft during pregnancy.  She has recently joined the MDL proceedings after learning that her child’s birth defects may have been caused by Zoloft.  Her child suffers from encephalopathy (general term for brain damage), hyperbilirubinemia (cause of jaundice), auditory neuropathy (partial deafness), and other conditions.