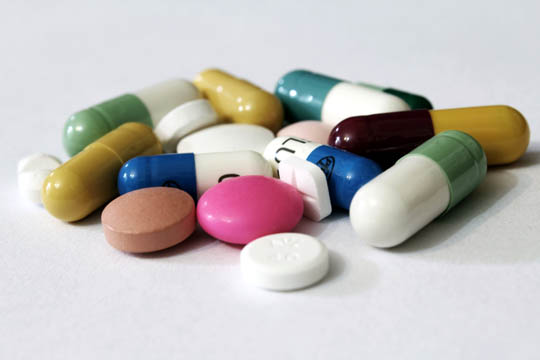 Millions of people throughout the US are prescribed drugs like Valium, Xanax, Ativan, and other drugs classified as benzodiazepines (BZDs) to help with anxiety or sleeping disorders.  These drugs, which have been on the market for decades, have recently been found to cause dementia, such as Alzheimer’s disease.  If you, or someone you love, have taken BZDs, and you have been diagnosed with dementia, you may be entitled to compensation.  The highly trained dangerous drug attorneys with Arentz Law Group P.C. want to speak with you to determine if you can take part in an anxiety drug lawsuit.  Either fill out the contact form on this page, or call 1-800-305-6000 to schedule your free consultation.

Those who suffer from panic attacks, anxiety, or insomnia (among other disorders) understand that the use of BZDs can help level their thinking and allow them to remain calm.

After taking the medication the chemical compounds actually do not force or change how the body operates.  Instead they help the brain to operate more efficiently.  When electrical impulses shoot through the brain, they stimulate neurotransmitters.  These transmitters help to either quiet, or excite brain activity.  Those suffering from disorders that are treated with BZDs want to help the quieting transmitters do their job, so the chemical allows the receptors accept more of the quieting ions.

When a person takes a BZD drug, they will notice that they start to feel calmer, with an almost elated feeling.  Some will feel as though nothing in the world matters.  After taking the drug, many people find they are groggy and will go to sleep.  Upon waking up they may feel as though their thoughts are cloudy, similar to waking up after a night of drinking.  These thoughts may not clear up.

BZDs are actually very popular medications, and not just for those with severe mental illnesses.  In fact, it is estimated that among the senior citizen population, half of them use these drugs as a method of helping them fall asleep, and stay asleep.  Xanax, Valium, Ativan, and Klonopin are the most popular of the BZD drugs, but the list of available drugs is actually quite long.

What do BZD Drugs Treat?

The causes of these disorders stem from a whole host of other underlying disorders.  However, it has been found that BZD drugs will help to eliminate a majority of the problems associated with these problems.  BZD drugs are also used to help treat:

By changing how the neurotransmitters are received in the brain, drugs such as Valium, Xanax, Ativan and others can work to ward off a host of problems that would otherwise arise.  But their use is not entirely safe.

Studies Showing a Link between Anxiety Drugs and Dementia

In 2012 the British Medical Journal (BMJ) published the results of a study.  They looked at over 1,000 men and women with an average age of 78.2 years.  All participants were free of dementia at the beginning of the program, and they did not take BZDs for at least 3 years after the program started.

After 15 years, the researchers reviewed the participants and discovered that 253 had developed dementia.  Adjusting for variables it was determined that the risk of developing dementia was increased between 8% and 95% of those who took BZDs versus those who never used one.  The average increase in risk came out to exactly 50%.

In September, 2014 the same group of researchers published another study that looked for a relationship between BZD use and the risk of developing dementia such as Alzheimer’s disease.  In this study they looked at 1,796 individuals and followed their medical activity for six years before matching them with over 7,000 individuals in the control group.  The participants were randomly selected from those living in the community ages 66 and above.

The results of this study were basically the same as the previous study with some additional factors included.  This study showed that as the age increased, so did the risks of developing dementia from using anxiety drugs.  The study also showed that the dose, duration of use, and how long the drug lasted in the system all impacted the risks of developing Alzheimer’s disease.  It was determined that there was a 51% increase in the risk for those who used these drugs.

BZD Use Linked to Alzheimer’s Disease

A recent study by the British Medical Journal (BMJ) shows that those who take BZD drugs, such as Valium, Xanax, and Ativan, are 51% more likely to develop dementia than those who do not take the drug.  The idea is that those feelings of cloudiness or woozy, may not actually go away completely, leaving the patient with a permanent disconnected feeling.

In the studies published by BMJ, one in 2012 and one in 2014, researchers looked at elderly patients who use various anxiety drugs.  They determined that the risk of developing dementia increased as the patient aged; it increased with a longer duration of using the drug; it increased with a higher drug dose; and it increased with drugs that stayed in the system longer.  The study found that all BZD drugs had the same negative outcome.

Who is at Risk?

The risks were not equal across the board though.  There are some people who are at an even greater risk than others.  Some factors that increased the risk include:

The patient's age
As the average age of the patient increased, the chance of being diagnosed with dementia after using a BZD drug also increased.
The dosage of the drug
Higher dosage drugs were found to increase the risk slightly.  The dosage wasn’t as much of a factor as the half-life of the drug.
Half-life
The drug’s half-life, or simply put how long it remains in the system, was a big factor in leading to dementia.  The drugs with a longer half-life, such as Klonopin, were more likely to have a negative effect.
Length of use
The longer a patient used the drug, the more likely he or she was to be diagnosed with dementia.

Those who are at less of a risk are younger individuals taking these drugs, and those who have taken them in isolated instances.  Elderly patients, such as the millions of senior citizens who use BZDs as sleep aids, are the most likely to be negatively affected by the drug.

What Drugs Cause the Risk?

BZDs are drugs that are considered to be anti-anxiety, or anti-insomnia drugs.  They are prescribed to individuals with a range of symptoms.

Those who suffer from bi-polar disorder often have a BZD drug on their regimen.  But they are not the only ones.  In fact, many individuals in their 50’s and 60’s take a BZD in order to help keep them calm, or more likely, to help them sleep at night.  It is estimated that half of senior citizens take these drugs.

The list of BZDs is extensive.  However, the most popular brands include those such as Valium, Xanax, Ativan, and Klonipin.  These drugs are widely prescribed, and they are huge money makers for the companies that make them.

The 5 Most Popular BZD Drugs

Valium
Valium is possibly the most famous “calming” drug on the market.  Since its FDA approval in 1963, it has been prescribed to millions of people across the country.  It is primarily used as a treatment for generalized anxiety, helping to slow the nerves in the brain.
Xanax
Xanax first hit the market in 1981 as a competitor to Valium.  It came around after the patent had expired for Valium, and was in a position to be highly competitive.  The drug is prescribed for panic disorders, anxiety disorders, and also can be used as an anti-nausea drug for those on chemotherapy.
Ativan
Ativan first became available in 1977.  It is used to treat not only anxiety disorders, but also can help to reduce the symptoms of insomnia and seizures.  The drug is primarily used to treat anxiety, and like all BZDs a person can easily become addicted.
Klonopin
Klonopin has been around since 1975, and is one of the longest acting BZD drugs on the market, making it more likely to lead to the development of dementia.  While its primary use is for anxiety, it has also been known to help as an anticonvulsant, sedative, and muscle relaxant.
Librium
Librium is one of the oldest BZDs on the market finding its initial approval in 1960.  This drug is used to not only treat insomnia and anxiety, but like many other similar drugs it is used to help with alcohol withdrawal symptoms in recovering alcoholics.

Developing an addiction is one concern with Xanax, but a more serious concern is the fact that BZD drugs, including this drug, have been found to lead to an increased risk of developing Alzheimer’s disease.  The British Medical Journal published two studies, one in 2012 and one in 2014, that showed this risk was quite serious.  In fact, using BZD drugs increases a person’s risk of dementia by 50%.

The studies also found other factors that increased that risk even further.  As a patient ages, the risk increases.  The higher the dosage, the higher the risk is.  Those who have been using the drug or an extended period of time, or are using a drug that stays in the body’s system longer, are at more of a risk.  The bottom line is that Xanax use leads to an increased risk of mental deterioration.

Who is at Risk?

Who Can File a Lawsuit?

There are certain conditions that must be met in order to be able to file an anxiety drug lawsuit.  For instance, if you took Valium one time, it is highly unlikely that one use has led to the onset of Alzheimer’s disease.  However, taking Valium regularly for an extended period of time is more likely.  Similarly, if you took Ativan, and then a few days later you were diagnosed with the early stages of dementia, the likelihood of the drug causing the dementia is very low.  However, if you took the drug for several years before being diagnosed, then the probability is higher.

The bottom line is that if you took Xanax, Valium, Ativan, or any other anxiety or insomnia medication that falls into the BZD category, you may be able to file an anxiety drug lawsuit.

The dangerous drug attorneys with Arentz Law know how to fight for your rights as the victim of these dangerous drugs.  If you have been diagnosed with dementia after using BZD drugs, you may be able to take part in an anxiety drug lawsuit.  Fill out the contact form on this page, or call 1-800-305-6000 to schedule your free case review.

Attorneys with Arentz Law can represent clients who reside in all 50 states.

Zyban Birth Defects Lawyers
Studies have found that children may suffer birth defects if the mom took Zyban while pregnant. We can tell you if you are eligible for compensation.
Send Us a Text Message!
(877) 656-2827